As the operator of a small hotel in the UK I have always listened to my customers and whenever there has been an opportunity to make improvements I have acted quickly and with enthusiasm to help create a better experience for them and also I have always believed in moving with the times and making progress and not standing still. We were one of the 1st businesses in the village to have our own website and this was in the days when most people didn’t have computers and in fact most people didn’t know what they were. The internet was just at its beginning like a new birth and we were already ahead of the game trying to play at a higher level and in so doing raising the game!

As the internet became more developed our guests would require the use of a PC and we had one provided for them so that they could surf the net and reply to their electronic post. And then came Wi-Fi and again we had the very latest equipment installed so that we could again provide our customers with the latest technology, and this worked fine and the signal could be accessed in the public areas, only near to where the router was located. When our guest’s expectations next evolved to want the Wi-Fi signal to be obtainable in their rooms especially and also in all locations throughout the premises, then again we brought in a computer consultant to survey the site and to prescribe the correct and latest devices and hardware to make it all work and happen. Only it didn’t!

So now faced with a weak Wi-Fi signal which was sporadic at the best of times with signals available one minute and then gone the next? We called in the best computer technician we could find and price was not important to us and all we wanted was to get the matter fixed! New equipment and devices were installed in fact the very latest technology from the USA and it cost a fortune! And yet again we were experiencing the same problems and over and over and time again the consultant would re-survey the site to monitor the signal strength and try to make sense of it and it was concluded that the problems were due to many factors including the thickness of the walls and that the walls were made of stone and that the stone contained elements of metal such as iron ore and that the guest bedrooms were located in more than one building and that the property has 3 floors and that there were other houses close by and that there was radio interference from another planet etc. and the list goes on and on! But No solution and we were left with a nightmare of a scenario whereby some of our guests would be troubling me and my staff every day about it complaining that they had difficulty connecting with the internet and when they eventually did the performance was poor and the connection would not last for long. Well you can well imagine the dilemma and frustrations which we were faced with and we were told that nothing more could be done about it? And yes we were left distraught in the knowledge that Wi-Fi was becoming an expectation and our customers were demanding this as standard and we felt helpless not knowing what more to do.

Until one day! We had a guest from Holland staying with us called Hans! At first when he asked me for the security key and I gave it to him he tried it and could not connect in his room and this was of little surprise to me as his room was in a separate building and the furthest away from the router and this room was notorious for poor TV reception let alone the Wi-Fi?
Hans wanted to know why he couldn’t get the Wi-Fi in his room and I gave him all of the reasons I have listed above and he wasn’t convinced and decided to conduct his own investigations even though he was on Holiday and this was taking up his time. I knew already that nothing more could be done and previous tech guys had confirmed this before so I was sold on this fact and learned to live and accept that this was something of an impossibility. However, I left Hans to analyse the software and the hardware and the configurations just to show that I was co-operating and appearing helpful but I knew this would be a waste of time for both of us but it wasn’t?? Oh No! On the contrary! Hans had made an important discovery at 23.45 hours this is how late he was working on it that day? I heard him shout “I’ve found it” and he had just done that! He had interpreted an error in the programming script of the DCHP? Which he then rectified and since then the Wi-Fi is sorted and the signal strength is just amazing! Since he left I haven’t had to re-set the router once and Not had one customer complain about the Wi-Fi? It just Great!! If it hadn’t been for Hans coming to our rescue, then we would still be in the same position as before! Getting nowhere?
It just goes to prove that some people can walk on water!

Thank you Hans for what you did for us for which we are forever grateful!
Our very best wishes for your continued success!
See you again one day? 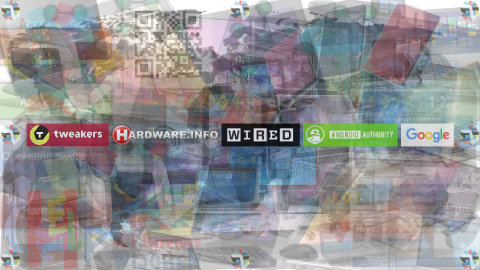